How many people can say they’re in their childhood dream job? Chad Mildenstein can. With a lifelong dream of gaming, Chad realized that his love for computer programming could be applied to various IT-related jobs where he's excelled over the past five years. Now that he’s found his dream job, he can’t get enough of it!

When he’s not at work, Chad can be found...you guessed it...gaming. He also loves introducing his daughters, Mia and Mayzie, to his favorite childhood movies, and all forms of performing arts at the local community theatres. With an incredible singing voice, Chad keeps his vocal cords active during COVID by competing in online singing competitions like The Quarantine Voice 2020 where he ranked in the Top 9!

Learn more about our conversation with Chad and his role at AVIAN in our interview below.

1.    WHAT IS YOUR CURRENT ROLE AT AVIAN AND HOW LONG HAVE YOU BEEN WITH US?

I am the Senior UNIX Systems Administrator and I’ve been working for AVIAN for about four years now. In this role I deal with multiple various UNIX-based OS [operating systems], cloud, virtual, you name it. I help build, destroy, create, and maintain those systems.

I started as a Junior Systems Administrator and within a year and a half, I worked my way up to senior. Also, in that time I became the AVIAN program manager for the effort because we grew the contract by five positions.

2.    WHAT HAS BEEN THE MOST IMPACTFUL MOMENT IN YOUR CAREER THUS FAR?

Personally, this is when the Navy ERP [Enterprise Resource Planning] program migrated to the cloud. There were a lot of things that needed to be worked on in this migration that required a significant amount of technical knowledge. During this process, I checked and double-checked systems and audited the build. An email from the program manager was sent to my department head saying he couldn’t have done it without our team. So, following that project, I received the “Catch someone doing something right” award for the department. Everyone at the data center was there when I was presented with this award. It was a huge deal and was great to know my support for appreciated. ERP was the first program in the Navy to migrate to the cloud, so there was a lot to work out. We had to jump through a lot of hoops and it happened very quickly. In the end, we made it all happen.

I do something different every day, it is not at all redundant. I feel challenged which is good because I’d rather be challenged in my job than bored.

4.    WHAT IS YOUR FAVORITE PART ABOUT WORKING FOR AVIAN?

I love being a program manager. I like to see people succeed. During COVID we started a weekly call to stay in touch, work through issues and do any training needed. One of my teammates was recently promoted within the data center and that is a really great feeling as a manager to see your people succeed.

1.    NAME ONE PERSON WHO MOTIVATES YOU.

It’s not just one. It’s my family; it’s my girls. Providing for my family is number one. Putting a roof over their head, keeping them safe during COVID. And they support me. They’re always there to make me smile. 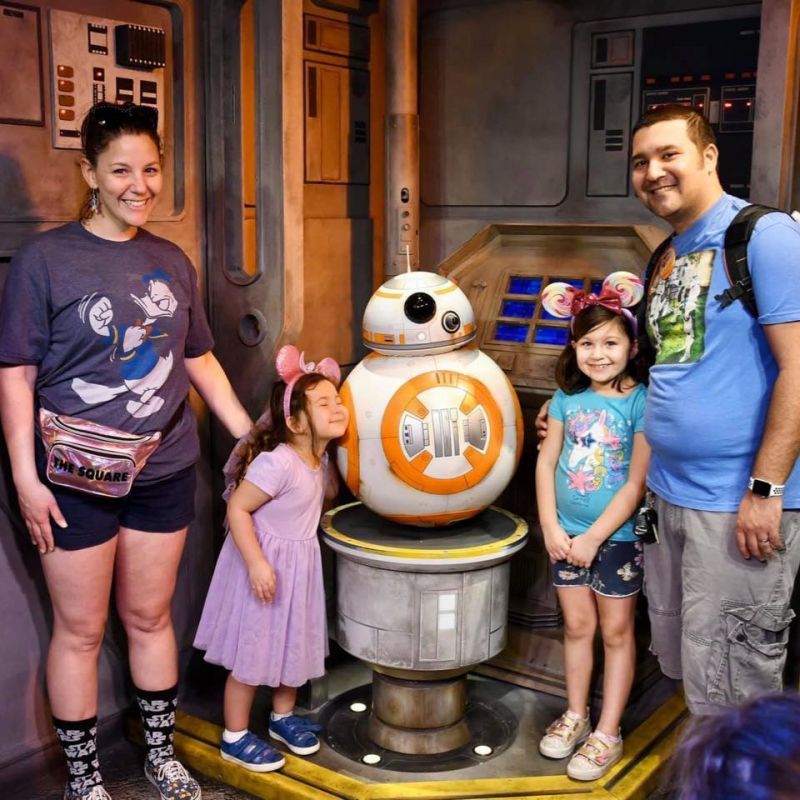 2.    WHAT IS YOUR FAVORITE “PERK” ABOUT WORKING FOR AVIAN?

The “put your people first” mentality is really refreshing. Everyone at AVIAN is so nice.

3.    WHAT WAS YOUR CHILDHOOD DREAM JOB?

Anything to do with videogames and computers. I wanted to be a professional gamer. Then I grew up and realized that my dream job was more of a hobby and that if I pursued that type of career it may become more work than fun. But I always liked computers. I tried for a long time to get a job with AVIAN working with computers and finally it synced up. So, I’d have to say that in some way I am actually living a modified version of my dream job. It’s pretty cool.

4.    IF YOU COULD HAVE DINNER WITH ANY CELEBRITY, WHO WOULD IT BE AND WHY?

Sadly, it's someone we just lost. Chadwick Boseman. What an incredible man. It got to do so many roles of iconic men in history and broke the ‘hero barrier’ as a person of color. I’d just like to sit down with him and talk about his incredible impact on cinema.

Another person would be Keanu Reeves. The history of what he’s gone through and the tragedy in his life is terrible. I’d like to talk with him about what he’s experienced and how he got through it and remains grounded and successful. He donates huge portions of his salary to charitable organizations and even gave $75 million dollars of his salary from the Matrix films to his special effects team because he recognized their contribution. He still rides the subway and is probably one of the nicest guys in Hollywood.