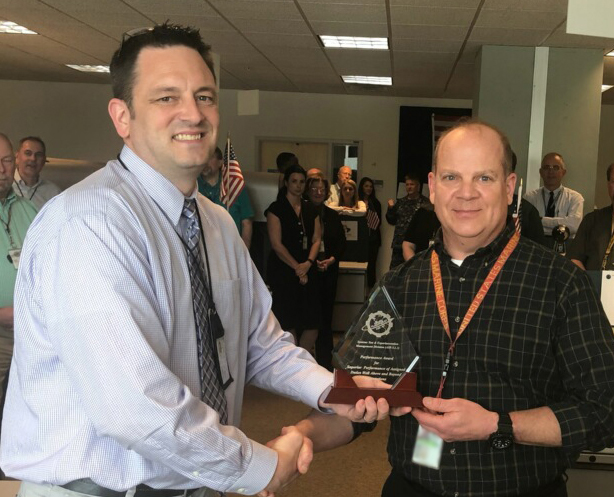 Clement “Jude” Hey, an Assistant Program Manager for Test and Evaluation for the Tomahawk Weapons System Program Office (PMA-280), was recently recognized by the Systems Test and Experimentation Management Division (AIR 5.1.1) at NAVAIR for his exemplary performance in the first quarter of 2019.

A six-year AVIAN employee, Jude received the division’s Diamond Award in early April and became the first-ever contractor to receive this form of recognition.

The citation stated, “Mr. Hey was the central, crucial link in the chain of programmatic and T&E events that were needed in order to successfully launch and execute a Maritime Targeting Capability (MTC) mission on 07 March 2019. MTC is the phase 1 demonstration of the upcoming Maritime Strike Tomahawk allowing Tomahawk to hit a moving ship target. Mr. Hey wrote test plans, led the test execution, and coordinated a diverse set of team members and capabilities to execute these test events. At every stage he understood the various pieces of the system and how each part of the system potentially impacted the outcome of the test events. He always had a plan B or plan C in case some portion of the chain was missing. Mr. Hey's tireless efforts over the course of several months have helped PMA-280 achieve a significant milestone that allows the MST program to be one step closer to reality. You brought great credit upon yourself, the Naval Air Warfare Center Aircraft Division and Naval Air Systems Command.”