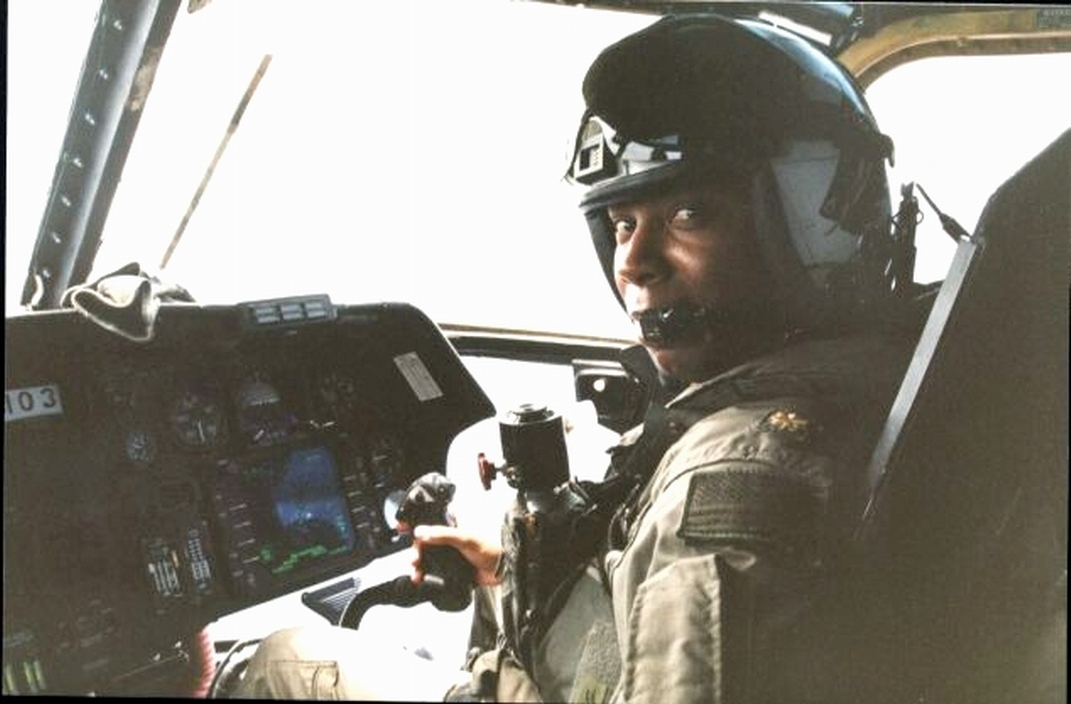 When Kendell “K.O.” Smith reached his ten-year anniversary with AVIAN in 2018 his anniversary gift, an engraved bottle of premium liquor, was dedicated to the company bar instead of donning his shelves at home. Maybe that’s because he is unofficially employee number four in the company (not counting spouses that worked for AVIAN to get it off the ground in the early years) and AVIAN’s founder, Jeff Sherman, wanted to heckle him a bit, but either way, this employee’s heritage with the company goes way back.

For much of his time at AVIAN, Kendell has been elbows deep in test and evaluation and about as close as you can get to the tip of the spear before products and systems make their way to the fleet. This is what Kendell enjoys most about his work and what he’s able to do for future men and women using those products, systems, aircraft, and weapons. We had the opportunity to sit down and chat with Kendell at our headquarters and this is what he had to say.

1.    WHAT IS YOUR CURRENT ROLE AT AVIAN AND HOW LONG HAVE YOU BEEN WITH US?

I’ve been with AVIAN since 2008. I was at VX-1 [Air Test and Evaluation Squadron ONE] as an Operational Test Director for a long time, which is kind of how the company started. In 2008, if we don’t include spouses, it was Sherm, Kevin and Woody and I submit that I was the fourth [employee]. We were all in the one room office next door. Those were the good days…part of something…starting it up. Kevin Switick walked me into VX-1 my first day when I started. It’s funny. I’ve known Sherm since the mid to late 90s. We’re both 53 [H-53 helicopter] Bubbas. We spent three years in Panama City together so that’s how I knew of the company.

My current role is program manager PMA-262, Triton MQ-4C aircraft [unmanned]. There are about 38 people on the contract including our subcontractors. That keeps me busy in addition to the technical role within the program.

2.    WHAT HAS BEEN YOUR MOST IMPACTFUL MOMENT IN YOUR CAREER THUS FAR?

I think I would have to give credit to the most impactful role as the PMA-261 H-53 and at that time Presidential [helicopter] Program Office. I was the lead Class Desk APMSE [Assistant Program Manager for Systems Engineering]. The Class Desk is the quintessential NAVAIR [Naval Air Systems Command] job. You have your finger on everything. Engines, propulsions, airframes, NATOPS. There is a lot of responsibility.

Specifically, coming from the fleet as an operator, fixing things with the aircraft as an APMSE from that role that you saw or had as an operator of that system. The 53 had a Red Stripe, which is the grounding of the fleet aircraft. The Red Stripe occurred in the squadron I had just come from in the fleet, so I don’t know if it was irony or the placement by my community to send me here [NAVAIR] to make a difference and be impactful. As Class Desk I was able to help solve the problem that caused the Red Stripe. Things were changed on the aircraft that I saw from beginning to end that are on the aircraft to this day that gives the operator time to react if they see this problem.

My time at VX-1 was focused on test of the H-60S helicopter onboard littoral combat ships and airborne mine countermeasures. I supported bringing together NAVAIR and NAVSEA [Naval Sea Systems Command] to provide a capability to the warfighter. We focused on miniaturizing gear for the H-60 [helicopter] that we used on the H-53 which is about three or four times the size.

So, coming from VX-1 and going to PMA-262 it was night and day. One is a squadron at the end of the NAVAIR acquisition process where you send it to do operational test before it goes to the fleet and the other is a program office where you are still designing and figuring out any problems with the OEM [original equipment manufacturer]. That is an exciting part of the process and what I’ve been a part of for the past two years.

4.    WHAT IS YOUR FAVORITE PART ABOUT WORKING FOR AVIAN?

The best part about AVIAN for me, my perspective, is coming in on it from the ground floor and to see it grow. I don’t see it as taking a risk by joining AVIAN at such a formidable stage in its existence. To see how it has come up has been excited. I’ve never been that person to have an HQ job though. That’s my next goal.

1.    NAME ONE PERSON WHO MOTIVATES YOU.

That would be my son. I think he has been my motivation for a long time…since he was a little guy. As he has grown up to a man, he makes me proud and motivates me. He’s 21, a junior in college, an engineering major. In his spare time, he is a division 1 athlete and travels around the world.

2.    WHAT IS YOUR FAVORITE “PERK” ABOUT WORKING FOR AVIAN?

I think the perk will be when I am seated here [headquarters] and taking a nap on that sofa.

3.    WHAT WAS YOUR CHILDHOOD DREAM JOB?

[So, what changed your mind to switch to Navy?]

I’m from Annapolis and I think the Naval Academy always, little did I know, was impacting my little brain. Every year to see the Blue Angels show and see jets making all kinds of noise.

[When you retired from the Navy was there the thought to go back to your childhood dream of being a commercial pilot?]

I guess the thought was there, but I think I prefer to be home more than I wanted to pursue that. It's funny you ask that though. I live in a neighborhood with a lot of Andrews Air Force base pilots and all of them it seems like went and did that. When I was a kid maybe. If I hadn’t made a Navy career…maybe.

4.    IF YOU COULD HAVE DINNER WITH ANY CELEBRITY, WHO WOULD IT BE AND WHY?

Colin Powell. I have some basic questions for him. As a military person in the military at the same time, he was in the military. He was/is a role model. My wife even got him to sign his book.